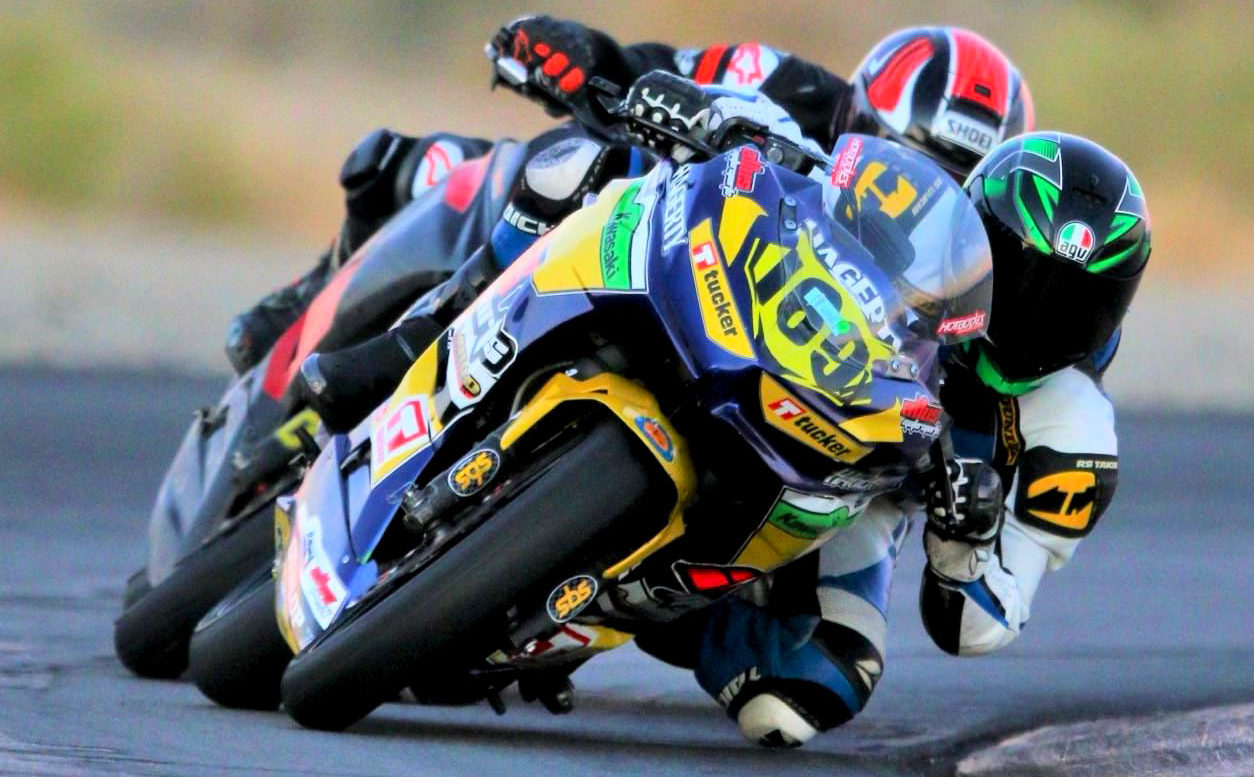 Hayden Bicknese will be competing in the MotoAmerica Junior Cup onboard the Altus Factory Racing Kawasaki Ninja 400.

Since he was 3 years old, Hayden Bicknese has loved being on two wheels. From his first 50cc motorcycle, until he was 13, he spent time playing in the dirt on gradually bigger bikes. It wasn’t until 2019, when he fell in love with the look of his dad’s new Yamaha YZF-R6, that he decided he wanted to try road racing. From his first track day he was hooked.

In 2020, Bicknese won multiple championships with CMRA on an Yamaha YZF-R3 and a Kawasaki Ninja 400. Earlier this month he joined some of the Altus team at Chuckwalla Valley Raceway for the third round of CVMA to test the Altus-built Ninja 400. Considering that it was his first time at that track, his first time on the bike and that the motorcycle is a restricted MotoAmerica-spec Ninja 400, his results were impressive.

“I love the bike and I can’t wait to ride it again. I am very excited to compete at the national level and to be a part of the Altus team,” said Hayden Bickense “Almost all of the MotoAmerica tracks will be new to me. So, for 2021, my goals are to continue to improve every session and aim for top-10 finishes.”

“We are happy to add Bickense to the team. He seems very eager to ride and to do what it takes to excel,” said team owner George Nassaney.