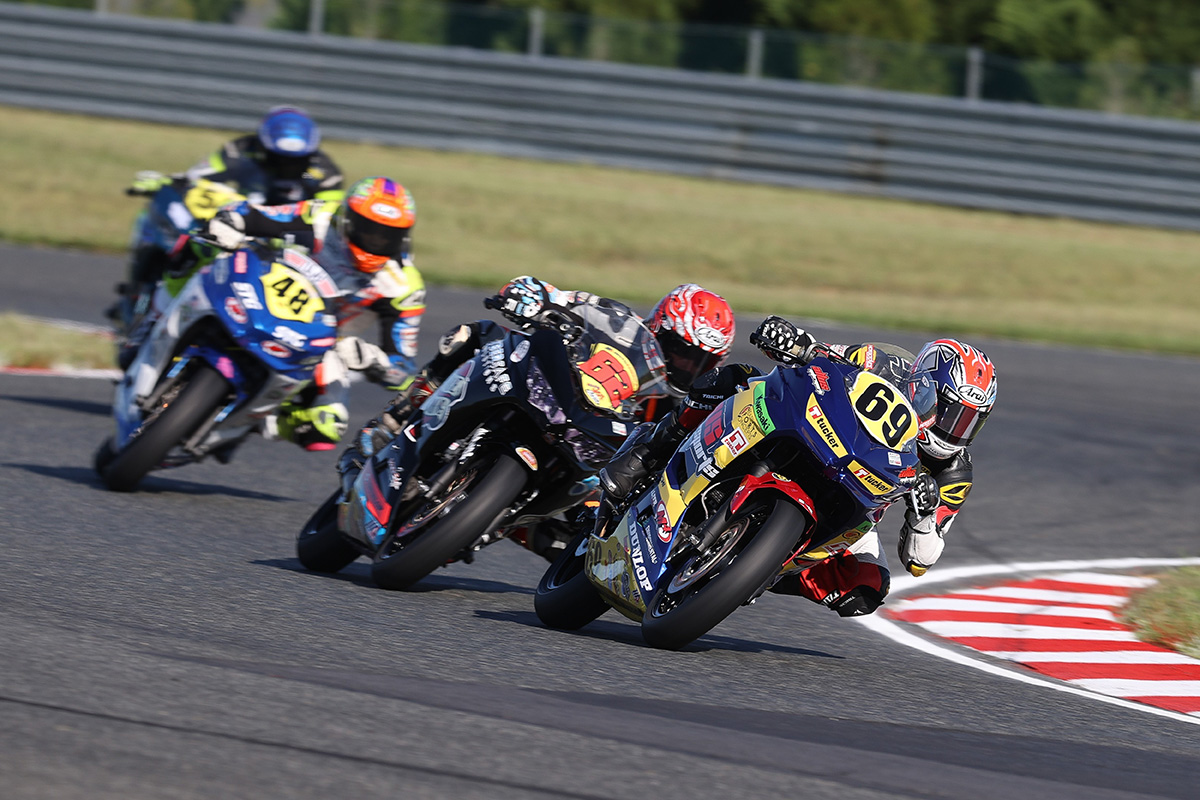 A P11 and P10 on Saturday and Sunday added eleven points to Hayden’s 2021 season tally to date, consolidating his position as a contender for the top ten overall in the final championship standings. An impressive performance by the teenager in his first full season of national motorcycle road race competition.

With a best result of seventh already under his belt, the #69 hopes to end the season on a high in Alabama.

Hayden Bicknese: 11th/10th:
“New Jersey went well. I learned the track at New Jersey quite quickly and was up to pace quick too. I was a little disappointed in Q1. I hit the curb and wasn’t fully comfortable on the brakes. With a new tyre I was unable to find the groove, but I was confident for Q2. I made a step forward, improving by over two seconds in final qualifying on Saturday morning and nine other riders were within the same second. It was close. I made a good start in Race 1 but didn’t capitalise on it at turn one and I lost a couple of positions. I lost the group but had a race long battle and learned a lot. I made another average start in Sunday’s race and was able to race much faster. I got tenth at the flag after beating the guys around me. I am looking forward to Barber. I have been there on a track day, so I have an idea of which way to go. I like the track and I hope to be fast from the start. The weather looks a bit iffy, and I hope that doesn’t ruin my chances.”