Hayden Bicknese Fights At The Front At Road Atlanta 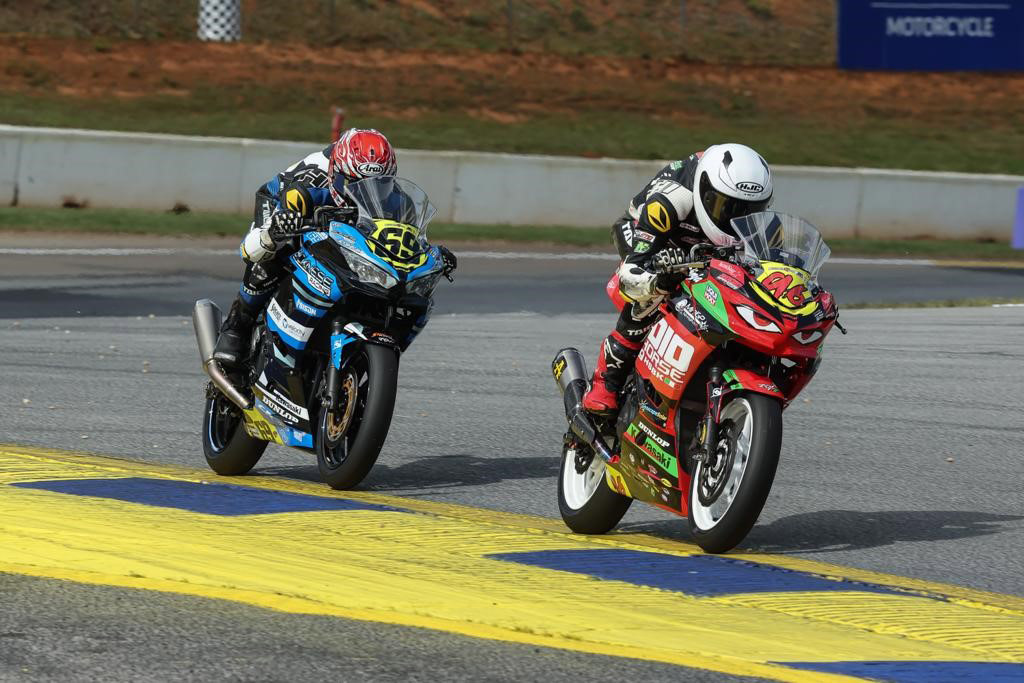 Hayden Bicknese kickstarted his 2022 MotoAmerica Junior Cup campaign in fine style at Road Atlanta, racing to a sixth-place finish on Saturday before fighting for the win on Sunday.

Qualifying on row three, the talented teen rode a strong race in the opening race of the season. Sunday saw another huge step forward for the #69 who was part of the leading group from lights out. Unfortunately, he was taken out on the exit of the final corner after one of the most chaotic final laps in Junior Cup history that saw several riders fall and several receive penalties. Bicknese was able to remount, crossing the line in fourteenth to salvage two valuable championship points.

The second round of the series takes place at VIR in a couple of weeks.

Hayden Bicknese:
“Qualifying went well and I was happy with the lap time as I did it alone, with no draft or tow from anyone. We made a gearing change before the race which gave me a bit more confidence before lights out. I was able to stay with the group for the whole of race one but couldn’t pass anyone due to the gearing. On Sunday we had a good warm up. We changed the gearing again and I was really looking forward to the race. I held my position from the start and was involved in a huge fight for the podium. I need to be a bit more aggressive, but I showed I was able to run the pace fighting for the win. Two riders crashed out of the last corner in front of me and I had nowhere to go and unfortunately, I went down too which sucks but that’s racing. I was able to pick the bike up and finished P14. Overall, it was a good first round and I am looking forward to the next race at VIR.”