Another Top Six For Hayden Bicknese At VIR 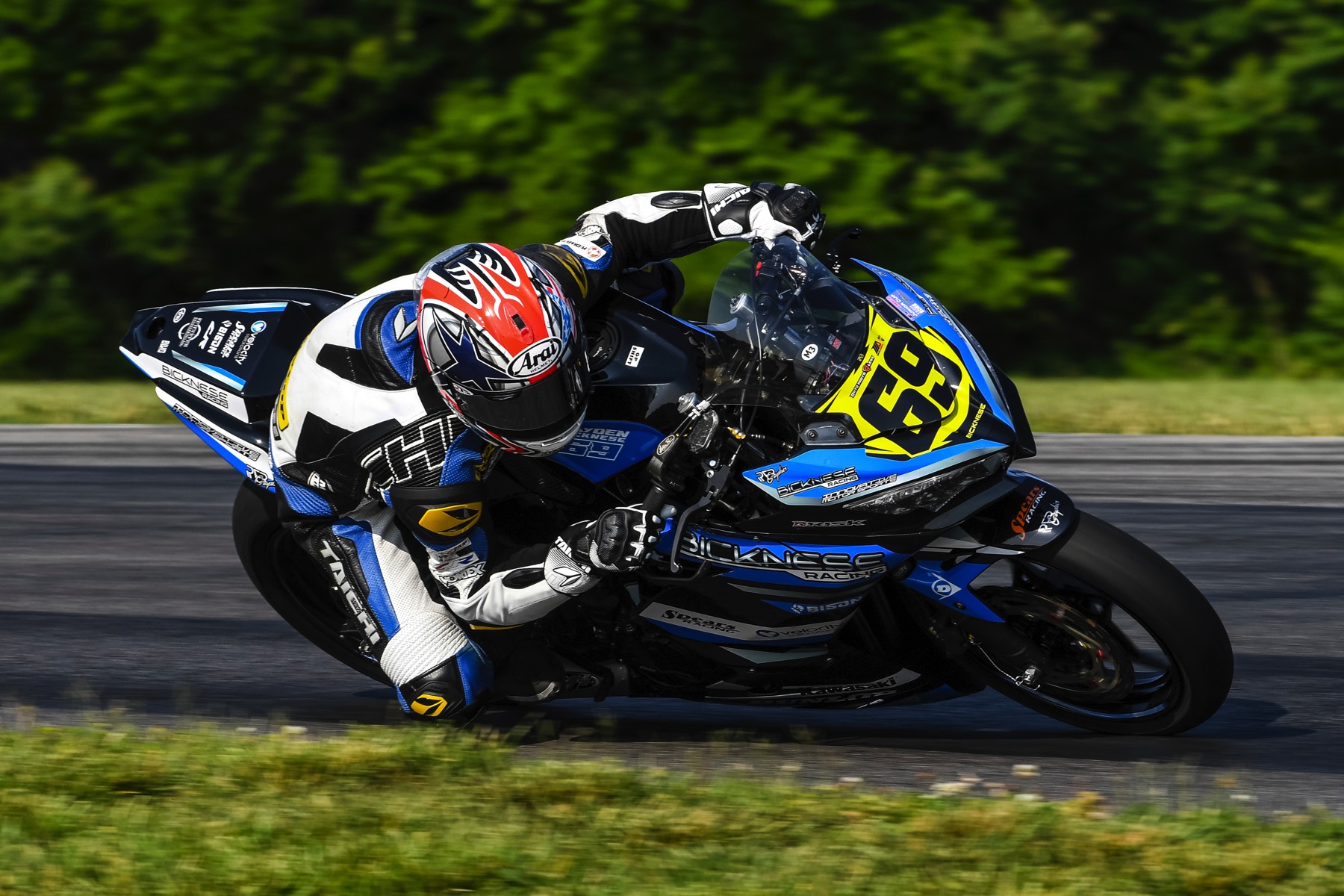 Hayden Bicknese added another double top ten finish to his 2022 MotoAmerica Junior Cup results sheet in the latest round of the series at Virginia International Raceway this past weekend.

Bicknese, who has been a front runner since this year’s championship got underway a few weeks ago, was once again in the mix throughout the event at the 2.25-mile circuit affectionately known as VIR.

Third in Free Practice on Friday, the talented teen qualified fifth before finishing a respectable ninth on Saturday, a mere second from the win. He crossed the line sixth Sunday.

The results mean Hayden heads to Road America in less than a fortnight tenth overall in the standings.

Hayden Bicknese:
“I felt confident after finishing P3 in opening practice and I was excited for qualifying. I struggled in Q1 but a crazy lap at the end saved me. I ended up fifth after final qualifying and was looking forward to the races. Both races were rough and for some reason I couldn’t seem to find any pace compared to Friday. We were chasing set-up and I was a little frustrated as I couldn’t hold on to the group as I had hoped. VIR is not my favourite track so to come away with two solid results at the flag gives me confidence for Road America – a track I was pretty fast at last year.”