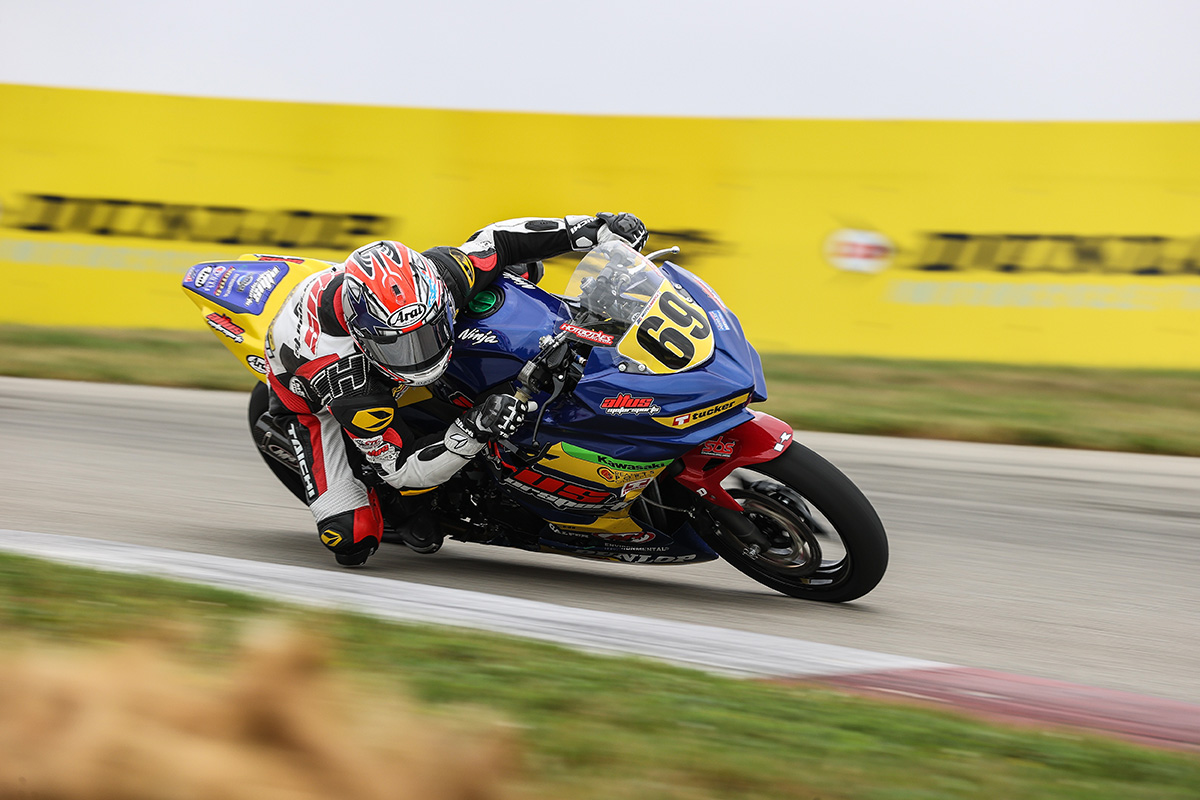 Fifteen-year-old Hayden Bicknese may be in his first season of MotoAmerica Junior Cup competition, but the talented teen is already showing signs that he will be one to watch as he further hones his racing skills.

Named after Nicky Hayden, and sporting the 2006 MotoGP champion’s iconic #69, Bicknese currently sits twelfth overall in the 2021 MotoAmerica Junior Cup standings, a mere five points from ninth, with a brace of seventh places under his belt.

He was backing in action at the Pittsburgh International Race Complex last weekend, where he once again made big strides, finishing P11 and P12 in the two ten lap encounters, narrowly missing the top ten on both occasions. Importantly was his pace on Sunday compared to Saturday. His best lap improving by almost two seconds, in line with those at the front.

With just two rounds and four races remaining, Hayden is looking forward to ending the year strong – his aim to bag a top six finish by the time the 2021 season draws to a close.

Hayden Bicknese:
“Race one went okay. I was struggling a little bit with rear grip, but I was able to pass someone on the line on the final lap. Overnight we discovered something with the front forks, and I was able to gain two seconds in warm up. I was battling with a huge group once again on Sunday and it was a fun race. We were all pushing each other, and the pace was much faster that in Race one. I was also able to pass someone right on the line again. I had a new mechanic this weekend who understands me and I think it is going to be a great end to the season now.”