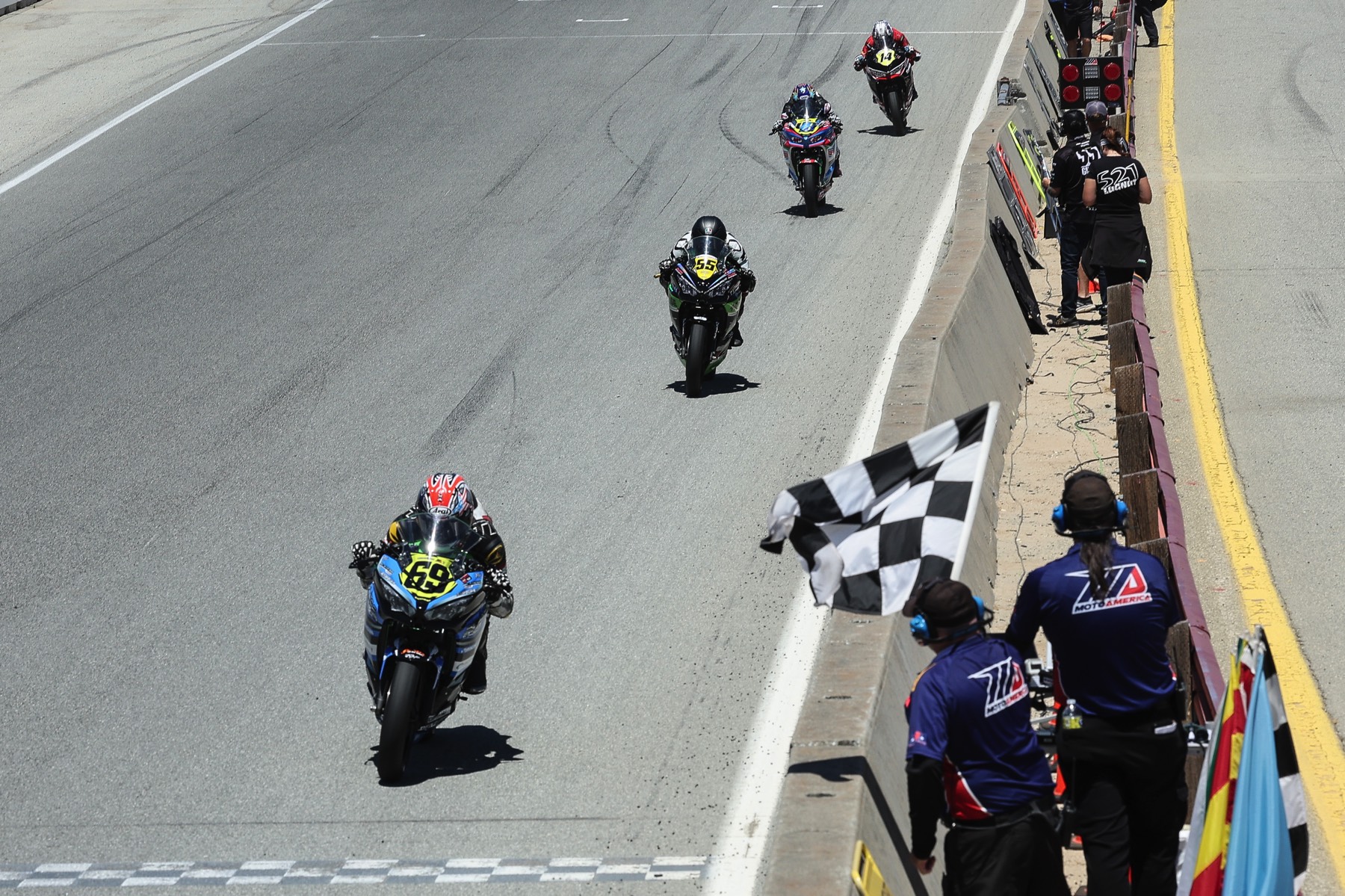 After missing the MotoAmerica round at The Ridge, Hayden Bicknese made a welcome return to the Junior Cup Championship at Laguna Seca, achieving his best qualifying position on Saturday before racing to his first MotoAmerica podium on Saturday, narrowly missing the top three for the second time on Sunday.

Bicknese, who has been a front runner in all of the MotoAmerica races that he’s contested in 2022 was at the sharp end throughout the ‘Superbike Speedfest’, featuring as one of the leading riders from Friday’s opening Free Practice session until the final chequered flag of the weekend.

A second row start after a Q2 crash left the team with a machine rebuild ahead of Saturday’s opening race didn’t dent the teenager’s confidence, Hayden producing the ride of his young career to stand atop the podium in the national US series for the first time. An equally impressive ride on Sunday saw him finish fourth.

The results move the #69 into eighth overall in the championship with four rounds and eight races remaining.

Hayden Bicknese:
“It was a great weekend. I used Free Practice to get used to the track again and then in Q1 I knew we had the potential for a good race as I was able to run with the fast guys. I was seventh at the end of the session and in Q2 I felt really good. I was able to do the times on my own but unfortunately, I went down at Turn 5 as a rider in front crashed ahead of me and I had nowhere to go. The team rebuilt the bike, and I was able to line up P4 on the second row for the race. The bike felt a bit different. I got a good launch, but I lost a bit of time and as the lead group started battling, I was able to close to the gap. It was cool to be on the podium and something I definitely want to repeat. Race 2 was a bit sketchy. There was little grip, and everyone was struggling. The race got stopped and I knew I had a chance to improve over how I was doing in the initial part of the race. There was another crash ahead of me and I was able to take advantage and almost got the podium again, but I was a bit cautious. It was good to get a solid P4 and I also got the fastest lap in the restart. I scored the second highest number of points for the round and moved up a few positions in the overall championship. A big thanks to the team and also to the fans – it was cool to see so many there.”